This summer’s a strange, socially-distanced one, but that doesn’t mean we can’t have a party. From the ashes of this season rises a majestic phoenix in the form of Animal Crossing: New Horizon’s canine maestro K.K. Slider. I’ve compiled the very best 25 tracks and the real-world artists who bear a resemblance to the beloved pup. Let me warn you from the off – this is an eclectic list (after all, K.K. got range). 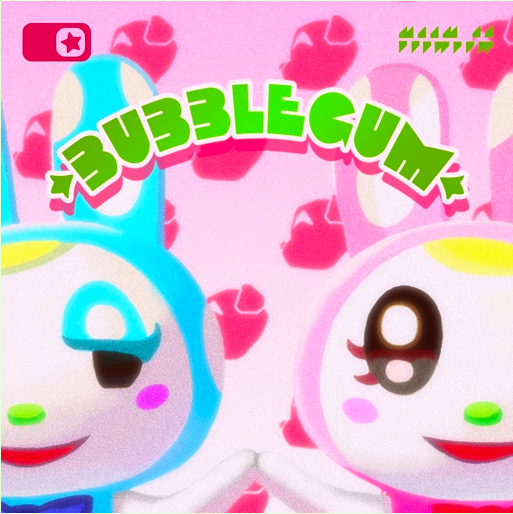 Pure, unfiltered, fun bubblegum pop that’ll give you an instant shot of dopamine upon hearing it. Add in high energy synths and a driving drumline and you have Japan’s very own bubblegum pop queen, Kyary Pamyu Pamyu. 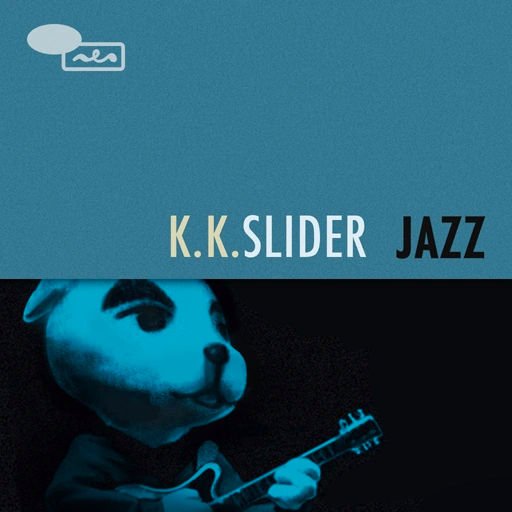 Effortlessly cool and hip, this is a beautiful tribute to those seminal ‘50s Blue Note albums. Jazz can be difficult but check out John Coltrane’s cover of “Lazy Bird” to become a convert of the ii-V-I. 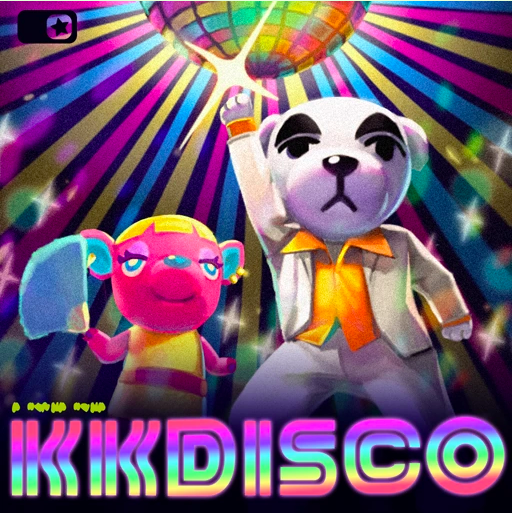 Disco ain’t dead! A classic four-to-the-floor kick drum drives this dance number along with an infectious vocal line and choppy guitar chords. CHIC’s “Everybody Dance” will make you want to dance and clap your hands, clap your hands (clap clap). 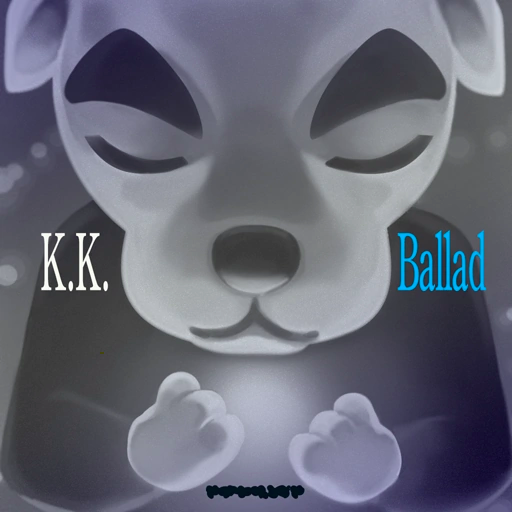 K.K. ballad is all of our ‘90s pop ballad fever dreams compartmentalized. Not all summer bangers have to be up-tempo and bouncy: Check out the melismatic performances of Mariah Carey and the best boy band of the decade, Boyz II Men, for feels and an absurd key change at the last chorus. 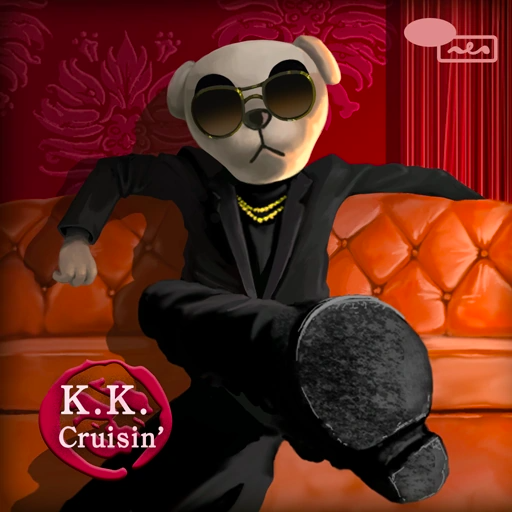 J Dilla redefined what a sample could be: “So Far To Go” keeps everything loose without falling apart – a behemoth task when dealing with samples. It grooves hard and like K.K.’s beat, this smacks of road trips with the roof down and music blaring. 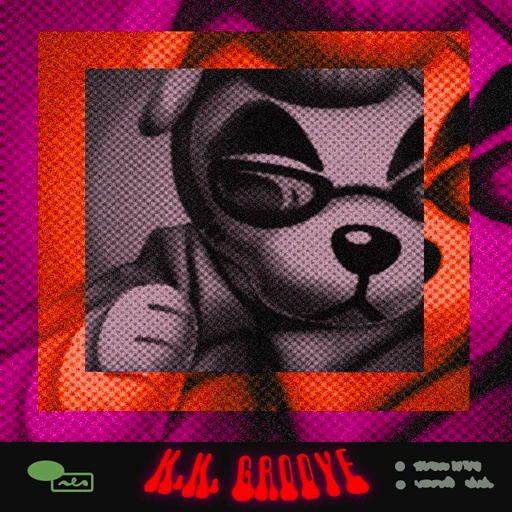 This is all about that groove, with classic funk horn lines and a driving hip-hop drum beat. Enter: Vulfpeck’s Soft Parade. Think a wickedly laid-back rhythm section, layered keys and a roaming bass. Hyper hip and groovy as all hell. 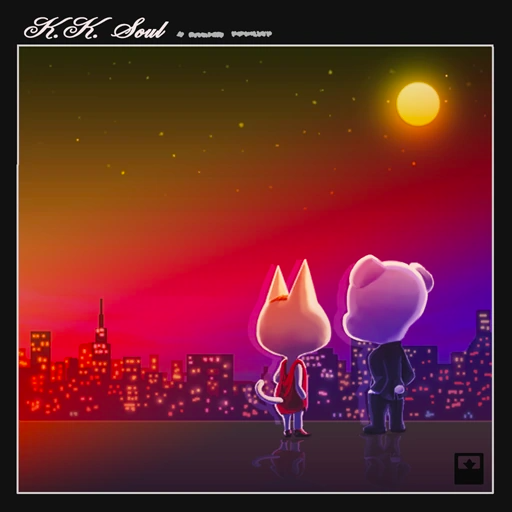 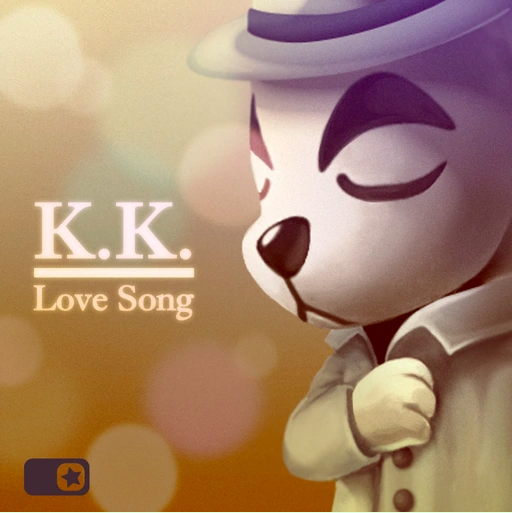 K.K. drops a sleazy, cheesy love song that fits right at home with Shai’s “If I Ever Fall In Love”. There’s all the markers of a ‘90s love song with obligatory corny lyrics about being friends and a featured soprano sax solo. 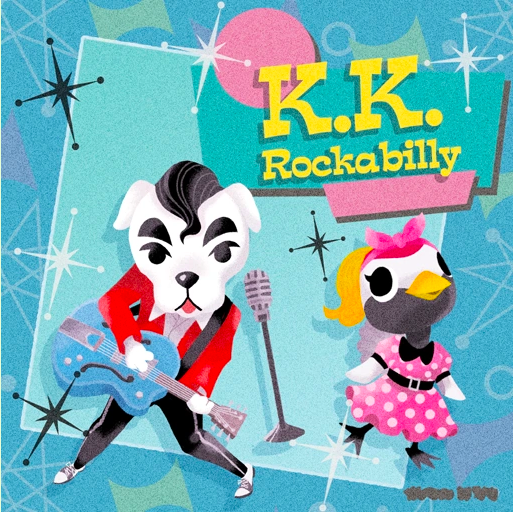 Rocking the slick quiff, hollow-body guitar, and legendary jelly legs, K.K. delivers something as close to classic rock ‘n’ roll as you’re going to get. Pay tribute to the King–thank you very much–with Blue Suede Shoes. Grab a friend and swing the night away to these classic 12-bar blues. 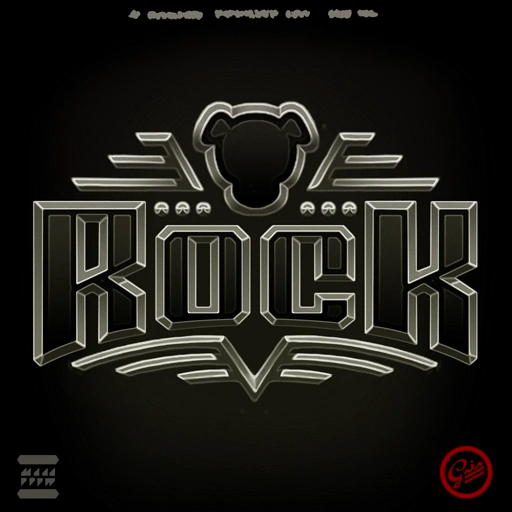 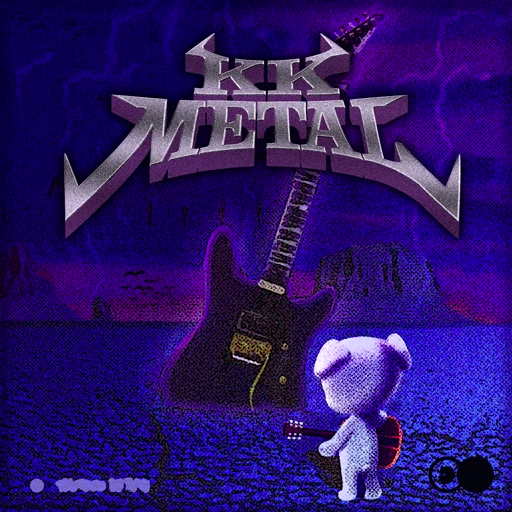 Get ready to throw some elbows around in cathartic frustration to that thick, thrashing guitar, or howl along. K.K Metal taps into the primal, thrash sound popularized by bands like Metallica and songs like “Damage INC”.

K.K. Ska – The Specials – A Message to You Rudy 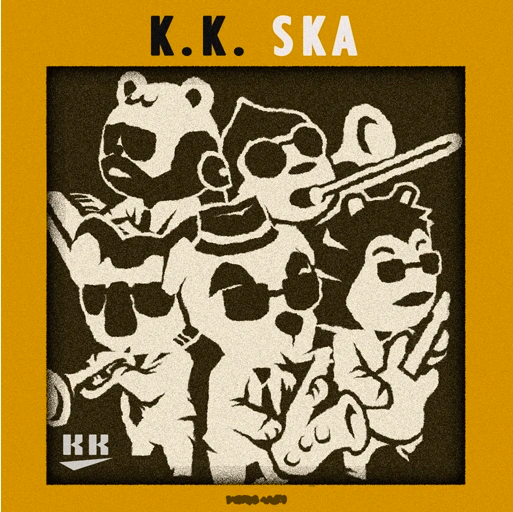 High tempo dance, blaring brass, and reggae combine to make that ska sound you knew from the ‘90s, but the genre has classic roots, too, and K.K leans in hard, reminding me of “A Message To You Rudy”. You’ll be on your feet skanking in no time. 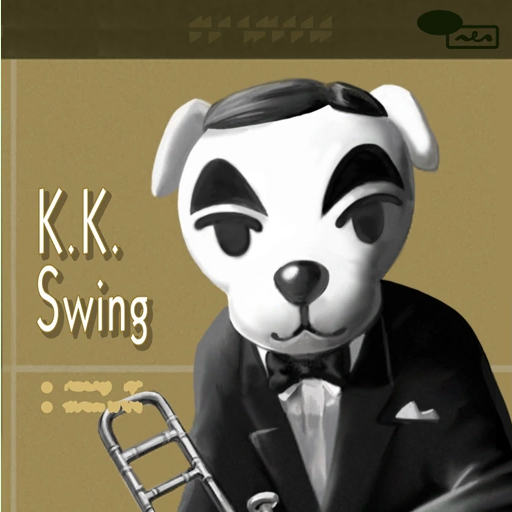 K.K. Swing is the kind of music your great-grandparents might have a dusty old vinyl of somewhere. Think flapper dresses and nights spent at the local dance hall. Benny Goodman’s “Stompin’ At The Savoy” has an undeniable vintage charm that will have you reliving that 30s New York Swing glory. 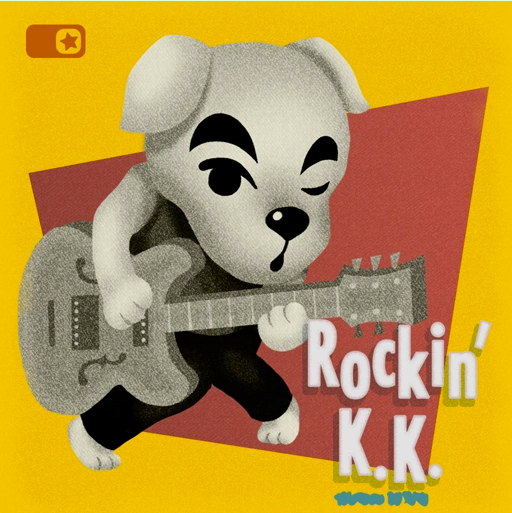 This sound could only be Chuck Berry’s iconic “Johnny B. Goode”. Driven forward by a slightly distorted guitar over 12-bar blues. K.K. offers the occasional bent note but nothing too edgy – us guys aren’t ready for that yet, but we’re gonna love it someday. 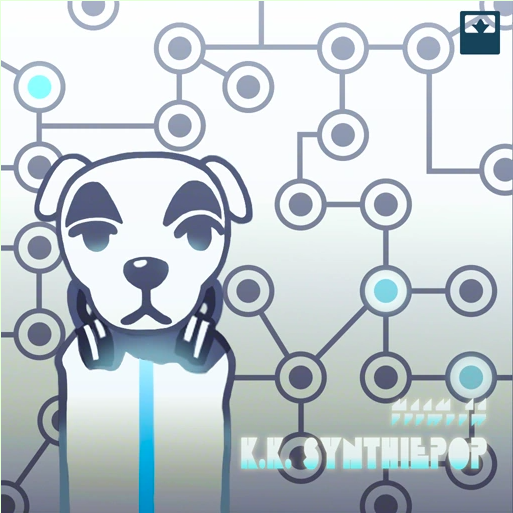 A floating, ethereal synthesizer melody that’ll transport you to the dizzying 90’s Japanese electronic music scene, K.K. Synth is hypnotizing. For the best blend of 8-bit iconography and contemporary samples to capture that otherworldly experience try out “Thousand Knives” by Ryuichi Sakamoto. 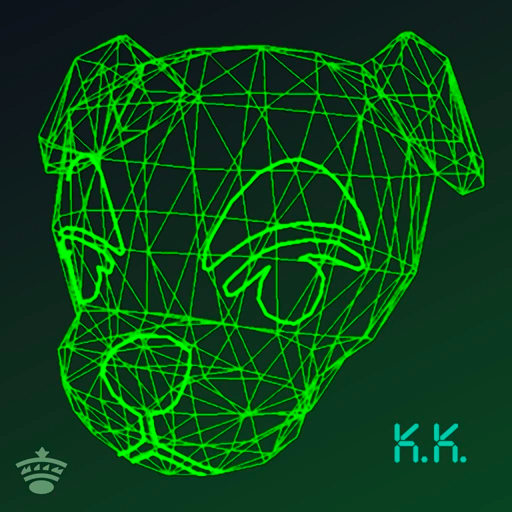 Much like rock, the best in this genre blends the deeply complex with the incredibly minimalist, and K.K is no exception on this front. Thumping drum beat, electronic melodies, and synth flourishes are all here, and Daft Punk’s fingerprints are all over it. Both K.K. and the robotic duo have one goal: to get you dancing.

Only Me – The Righteous Brothers – Unchained Melody 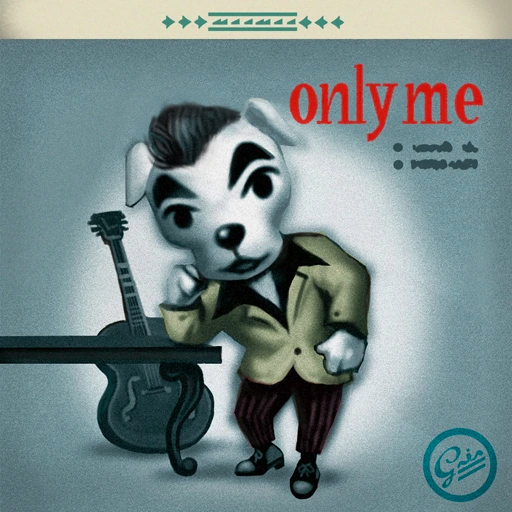 One of only two songs on this list that are not named after the man, erm, dog, himself, “Only Me” is a crooner classic. The arpeggiated chords and melancholic vocal line are evocative of The Righteous Brothers memorable “Unchained Melody”. The soft expression and slow build to a dramatic finale is the perfect match for K.K’s soirée into this romantic genre. 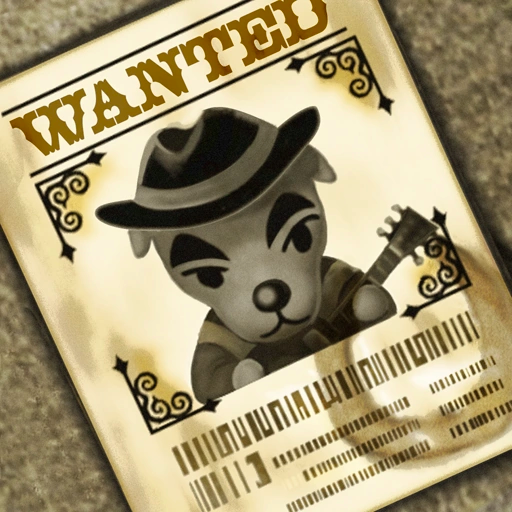 Proper western music is all about stories of cowboys, outlaws, and the pursuit of justice. The dramatic chord patterns make you feel like you’re riding a horse or storming a steam train. It’s reminiscent of Marty Robbins’ Big Iron – the story of an outlaw and an Arizona lawman with a big iron on his hip. Hope it isn’t K.K. on the receiving end of that shot. 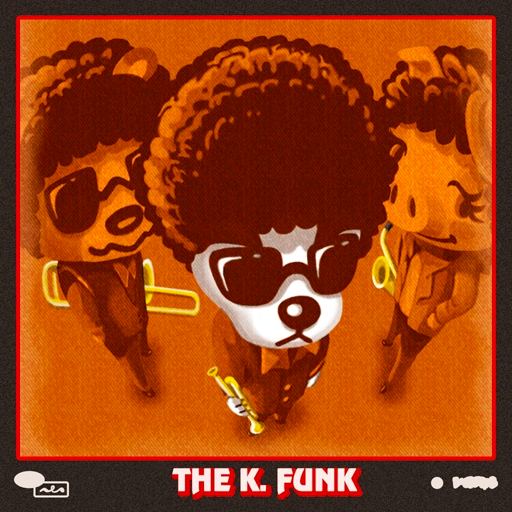 If K.K.’s “funkamentals” (sorry, not sorry) of a strong drumline and punchy horns make you want to listen to a love letter to all thinks funky look no further than Tower of Power’s “Soul With A Capital ‘S’”. You’ll feel cooler just listening to it. 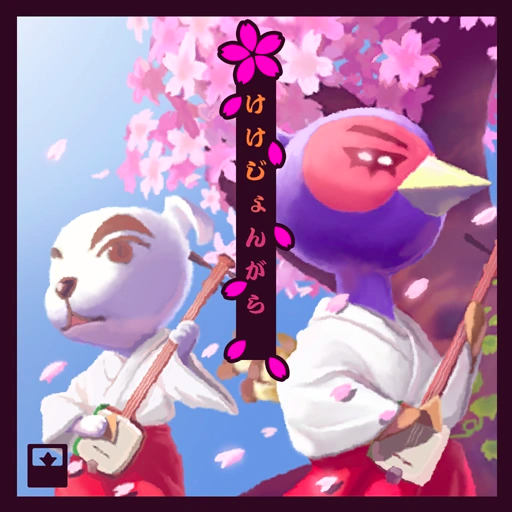 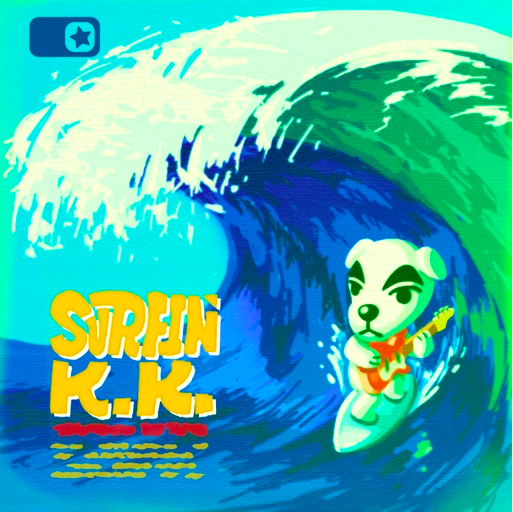 Ride the Malibu waves with this flange guitar sound and rolling drums. While the Beach Boys may be the logical leap, the guitar-driven “Pipeline” by the Californian group The Chantays distils this experience into the perfect concoction of mellow Fender Rhodes keys, bodacious baseline and guitar riffs. Tubular. 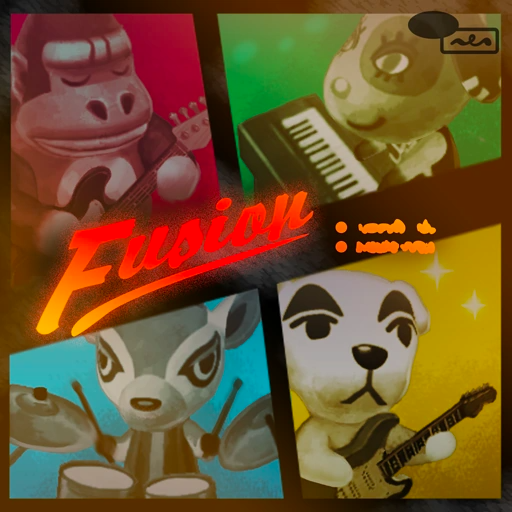 K.K. Fusion and K.K. Groove are similar tracks. They both take heavy influence from funk whilst carrying hip-hop drum lines. Minor-9th chords, off-beat stabs from the keys and abstract solos are all the signatures of multi-layered ‘fusion’. The Fearless Flyers’ Ace Of Aces cleverly uses layering and rhythm allowing each voice to sing out to create a funky wall of sound. 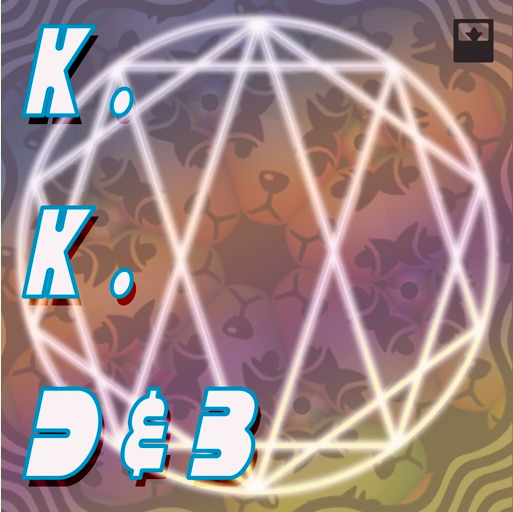 KOAN Sound explore a less frenetic version of Drum & Bass. “Lost In Thought’s” choral voices, minimalist keys and live kit have a complexity beyond just throwing the fastest beat possible at you, a nice complement to K.K.’s chiller take on the genre. 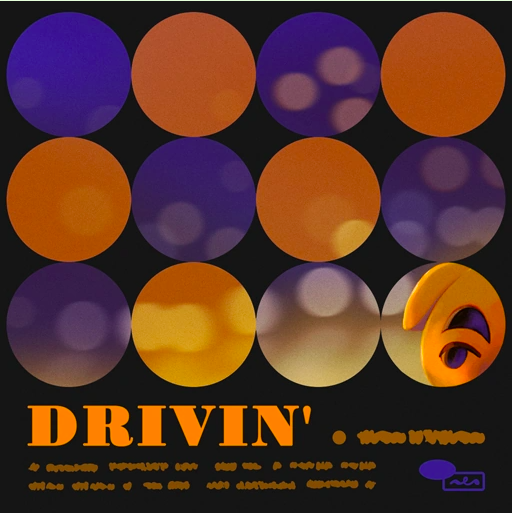 “Muzak”  (music made specifically as background music), is, typically, not great. But Wes Montgomery’s King Of The Road is the perfect song to have a coffee to or drive along with at night, with the right blend of jazz chops and chill atmosphere. K.K’s “Drivin’” is in rare company: Perhaps that’s why it’s among the rarest songs in the game. 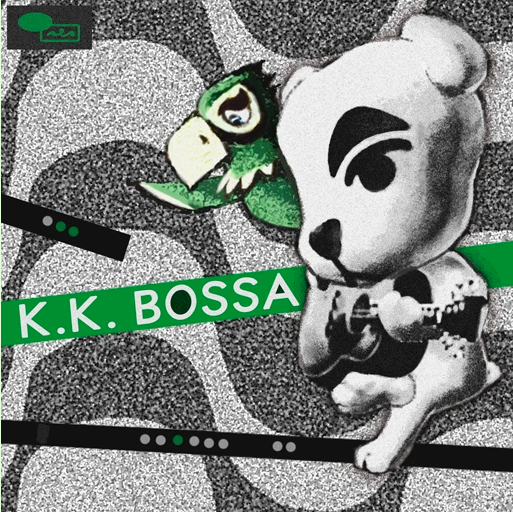 Textbook bossa nova, taking heavy influence from its up-tempo contemporaries such as samba but with a heavier focus on melodies. “Girl From Ipanema” is silky smooth, with a fat saxophone solo. The perfect song to sip a Caipirinha to…assuming you’re of age.

In addition to these 25 songs listed, we have compiled a list of 50 songs to act as counterparts to each K.K. song available in -game. Can you figure out which one matches with which? Check out the full collection below in slightly different forms:

Michael is a freelance journalist currently living in Western Japan. When he isn’t trying to assert his dominance in Overwatch (which is not going well) he can be found playing wholesome games whilst eating baked goods. Has a crippling crush on Garrus Vakarian.

Ubisoft and Netflix team up for a pair of collaborations

Every announcement and trailer we loved at Gamescom’s...

Every announcement and trailer we loved at Gamescom’s...