Gamescom is Europe’s biggest showcase of upcoming videogame releases and the 2021 installment was no exception. Opening Night Live featured updates on long announced games, content updates for service games like Genshin Impact and Fall Guys, and a host of world premieres. Best of all, most of the announcements are for games and content scheduled to drop by spring of 2022 – there’s lots to look forward to but it’s not all that far off.

Below are our favourite reveals and updates from the event.

While not official presences at the show, both Nintendo and Konami saw fit to hop in with more gameplay of their major upcoming releases: WarioWare: Get it Together and Yu-Gi-Oh! Master Duel.

On the WarioWare front, a newly released trailer showcases some of the absurd minigames present in the latest installment in the series (over 200 of them are included!), along with details of new game modes. Up to four players can battle it out in Variety Mode, and a weekly rotating challenge (titled Wario Cup) was shown off as well.

Konami, meanwhile, showed off more of Master Duel, emphasizing the flourishes that will bring duels to life, prominently showcasing iconic characters like Exodia, the Dark Magician, and Blue Eyes White Dragon. Pulling inspiration from MTG: Arena, pet-like characters appear in duels too, cheering and otherwise taking in the battles. Konami promises more than 10,000 cards will appear in the game.

Two upcoming entries in the long-running Tales of series were showcased — one mobile title and one console title! On the mobile front comes Tales of Luminaria, available for both iOS and Android. Very little else was revealed of the title or how it will play save for a trailer. On the console front, Tales of Arise isn’t exactly new — it was first announced back in 2019 — but a new trailer highlights Dohalim, one of the playable characters. Armed with a rod, he utilizes both martial fighting styles and magic-based attacks.

A WORLD AT WAR

Microsoft’s pre-show kickoff contained plenty of information on Microsoft Flight Simulator. World Update VI showcased updates to Germany, Austria, and Switzerland (hello Alps) while showcasing stunning features like the Cologne Cathedral and Chillon Castle. New aircraft honouring the past and future of aviation were shown, too, as was a new racing mode honouring the world’s fastest motorsport with the The Reno Air Race expansion adding in competitive multiplayer.

We’ve known about Age of Empires IV for a while now but we’re always excited to see more of the game. While The Hundred Years War is briefly shown, much of the trailer is spent asking viewers how they’d manage a fort in their search of creating an empire, as in their Rise of Moscow campaign. Ivan the Terrible’s famed Streltsy join warrior monks for the Russian campaign while a Holy Roman Empire section emphasizes the pike-wielding Landsknechte. By the way, it’ll be available on Game Pass for PC on day one when it releases October 28th.

Call of Duty: Vanguard is an M-rated release but it promises to feature battle-after-battle inspired by World War II: a history lover’s delight. Today’s nine minute long trailer showcased its Stalingrad mission–a key turning point in the war–and the fight character Polina must endure in her attempt to escape. It’s harrowing. Activision is likely trying to turn the page on damning allegations of abuse in its offices as California turns up the heat in its investigations. 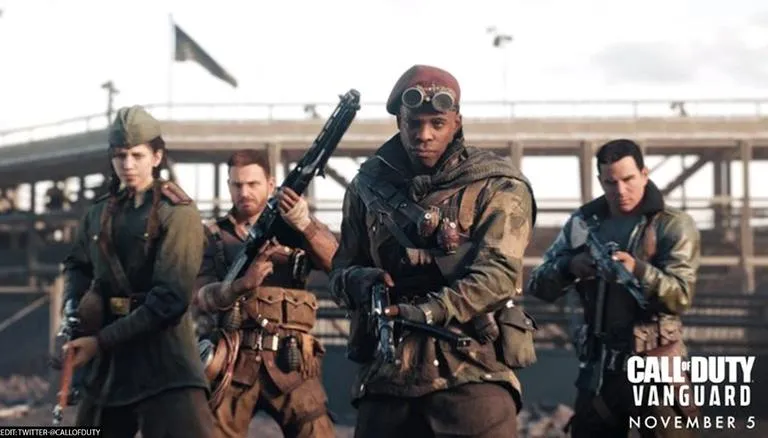 Teenage Mutant Ninja Turtles are back! In a return to form, Shredder’s Revenge is a pixelated 2D side scrolling beat-em-up (whew) that is reminiscent of Super Nintendo titles of years gone by. The game itself isn’t necessarily news, but the inclusion of reporter April O’Neil sure is. Utilizing both hand-to-hand combat skills and her trusty microphone and TV camera as martial weapons, she will battle her way through New York City with the help of the rest of the Ninja Turtles. Cowabunga!

Much-hyped title Super Monkey Ball: Banana Blitz gained a new character as well — the lovable cat…thing Morgana from Persona 5! The lovable feline will be available as DLC for $4.99 after the game launches October 5th, joining the likes of Sonic, Tails, Kazuma Kiryu of Yakuza fame, and Beat from Jet Set Radio. The game will be released on all current-gen consoles for $39.99, or on Steam for $29.99.

Meanwhile, in a crossover nobody was expecting, Fall Guys and The Jungle Book have collided in Season 5 of the hit battle royale. Starting in early September, players are able to choose skins based on The Jungle Book — not the new live action adaptation of Rudyard Kipling’s classic, but the classic 1967 animated version. Skins will be based on Mowgli, Shere Khan, King Louie, and Baloo. The skins pack coincide with the jungle theme of Season 5.

If Halo 3 asked us to “finish the fight”, then Halo Infinite may never want it to end, at least if both the game’s name and suite of content are to be believed. Today’s new trailer places the spotlight on one of the game’s new characters, Commander Agryna, showing how she joined the UNSC and why she’s so invested in the success of the Spartans. It’s an effective trailer both at broadening our understanding of the world and setting the stage for the multiplayer mode – and we’ll see it all play out when Infinite releases on December 8th.

Plus, Microsoft showcased the coolest Elite Controller we’ve ever seen, bringing Master Chief to the palm of your hands.

After nearly a full year of radio silence, a new trailer for the highly ambitious Lego Star Wars: The Skywalker Saga finally dropped! The game aims to fit all 9 main Star Wars films into a single game — no easy task. Featuring a non-linear storyline and exploration system, the game will allow players to experience each title in whatever order they’d like. The trailer features fully voice-acted lines, an arguably welcome departure from the silent movie-esque feels of earlier titles. The release date has been pushed all the way back to Spring of 2022, but judging by the trailer, it will be well worth the wait. 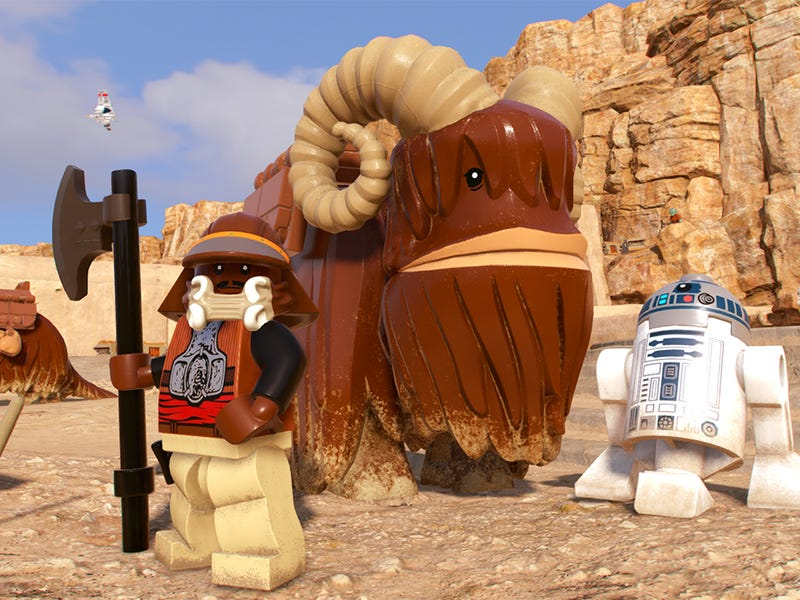 What do you get when you cross Pokémon with Splatoon and sprinkle in bits from Monster Hunter? Well, something pretty close to DokeV. Billed as an open-world monster-collecting MMO, the game looks bright, colorful, and just a touch chaotic with the sheer level of movement and activity permeating every inch of the world. No release date or other major details were given, but developer Pearl Abyss promises more information will soon be forthcoming.

Marvel featured heavily in the event marking both a major early announcement and a “play it now!” near-nightcap.

That playable game is Marvel Future Revolution and it’s a mobile only release that also happens to be open world. Everything about it feels very Marvel Ultimate Alliance 3–from the visual aesthetic (especially of Magneto) to the storyline–which makes sense given the two games share a writer. Dozens of prominent heroes and villains feature in the game – along with all sorts of cool costumes – making this one we’ll be playing actively over the coming days.

Nearly 90 minutes of the game’s orchestrated soundtrack is available to listen to on major streaming services as well.

By far the biggest reveal of the day, however, is Marvel’s Midnight Suns. We’ve heard Firaxis was working on a so-called “Marvel XCOM” game for some time and the rumours were mostly true.

Except, it doesn’t seem all that XCOM-like, with Firaxis emphasizing it as a “tactical RPG”. In an interview with Polygon, director Jake Solomon stresses there are  “zero mechanics shared between XCOM “ and the new Marvel property.

And the story itself is one Marvel hasn’t actively played with for decades emphasizing the darker parts of the universe. Characters like Blade, Doctor Strange, and Robbie Reyes’ incarnation of Ghost Rider will join more mainstream figures like Wolverine and Iron Man in a fight against Lilith and the ever-present forces of Hydra.

Marvel’s first ever playable customizable character joins the mix, called The Hunter, a descendant of Lilith’s resurrected by the heroes to try and save their world. It’s all very noir and we are here for it.

Gameplay will be showcased September 1st while the official release is slated for next year. Signing up for a newsletter at the official site will land players an exclusive skin for Blade.

Those were our highlights for the first day of Gamescom. There’s plenty more announced–though far less family friendly–with more to be seen over the next two days.